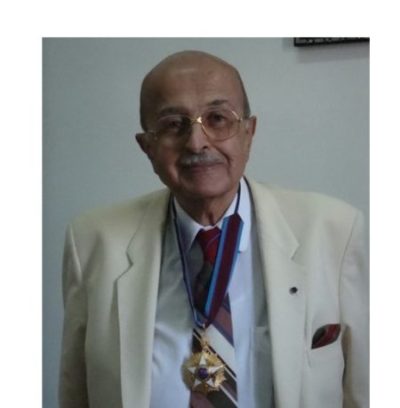 He is a Fellow of the American Academy of Allergy, Asthma, and Immunology (AAAAI) since 1992 and Chair of its Middle East and Africa Region Committee of the AAAAI from 2008 to 2011. He received the ACAAI Distinguished International Fellow Award in 2009.

He was a member of the World Allergy Organization (WAO) Board of Directors (2007-2011) and Chair of the WAO Bylaws Committee and Co-Chair of its Ethics Committee (2009-2011). He is an Associate-Editor of the WAO Journal since September 2007. He was granted the WAO Distinguished International Service Award 2011.

He is a member of several Egyptian National Specialized Councils and the Egyptian Academy of Scientific Research and Technology grants a 10,000 Egyptian pound distinction award carrying his name yearly since 1989

He has been a member of the Technical Advisory Group of the World Health Organization (WHO) for polio eradication since 2003 and shared in research projects with the WHO, CDC (Atlanta, Georgia) and the Egyptian Ministry of Health to evaluate the efficacy of different types ad regimens of oral polio vaccination